microCELL™ TLS was announced as one of the TOP 10 highlights

The winners of the 10th TOP 10 Highlight competition have been announced at SNEC 2016 in Shanghai on May 26, 2016. 3D-Micromac AG, the industry leader in laser micromachining, received the Megawatt Award for its production system microCELL™ TLS. The microCELL™ TLS uses Thermal-Laser-Separation for cutting of solar wafer into half cells. By using half cell technology the average module power yield can be increased significantly.

The enabling TLS-Technology™ has gained support in the face of conventional separation techniques for the reason of clean, micro-fissured edgings. No crystal damage is experienced at the separation edge in the form of the previous usual displacement of resolidified silicon in the ablation areas. In contrast to laser cutting procedures, no discharge and no particle formation occurs, as the substrate is only heated and not vaporized. The mechanical stability of processed solar cells is significantly greater than conventionally processed solar cells. The routine leaves no residue.

The highly-productive microCELL™ system achieves a throughput of more than 7200 half cells per hour (single lane). The optical set-up relies on the industry-proven on-the-fly technology successfully used at 3D-Micromac’s laser structuring tools for processing of PERC cells. It guarantees highest productivity and an outstanding price-performance ratio. 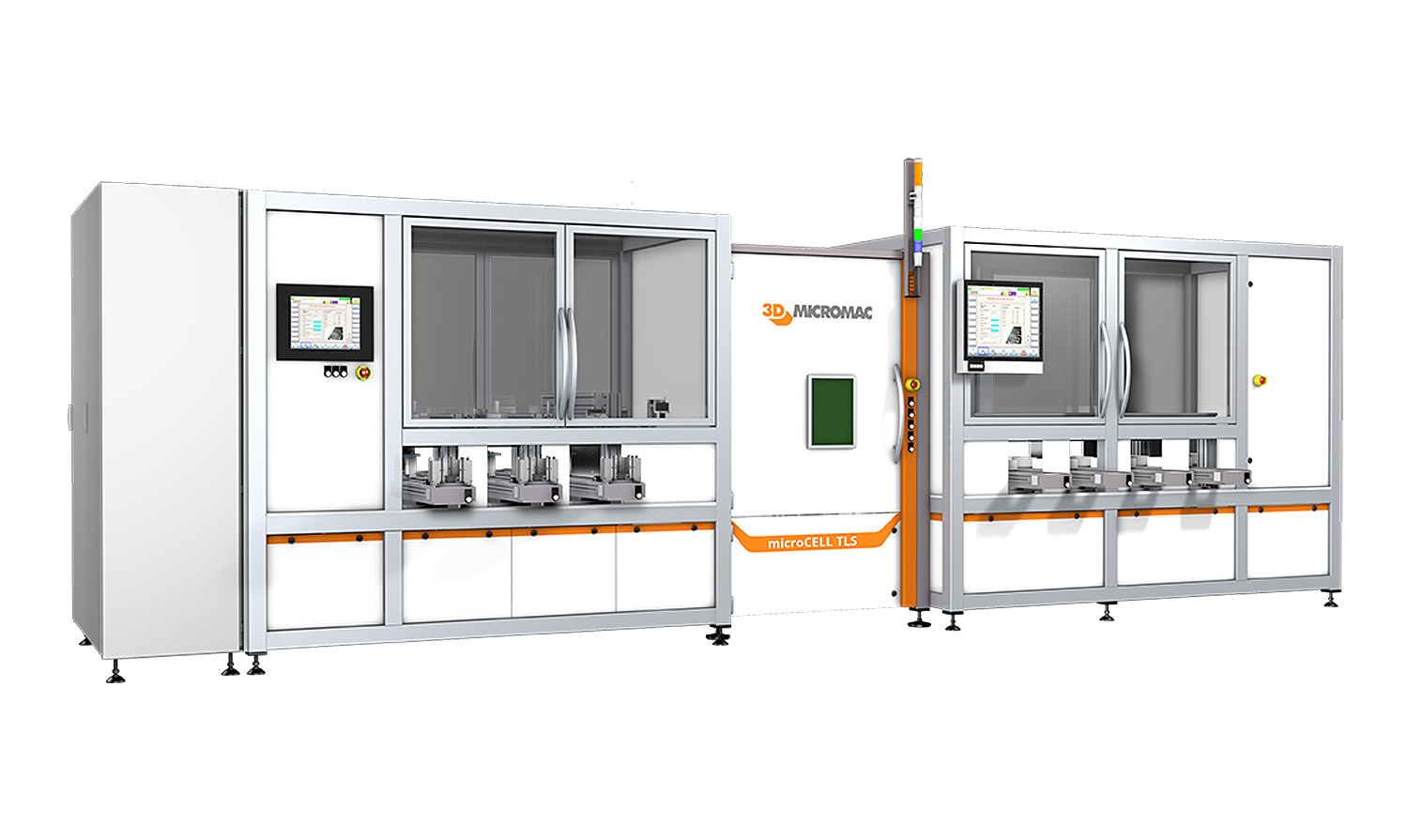