3D-Micromac AG, a leading supplier of laser micromachining and roll-to-roll laser systems for the photovoltaic, medical device and electronics markets, today announced that it has received an order for three of its microCELL OTF laser systems from REC Group, a leading European brand of solar panels. The systems will be installed at REC Group’s production facility in Singapore to support the expansion of REC’s production volume of high-efficiency Passivated Emitter Rear Contact (PERC) solar cells, as well as support the development of next-generation PERC solar cells

PERC solar cells have the potential to deliver significantly higher levels of energy efficiency and production compared to standard solar cells. A critical step in the PERC solar cell manufacturing process is laser contact opening (LCO), which involves using a laser to create tiny pockets in the passivation film layer that is applied to the rear surface of the silicon wafer in order to allow more light to be absorbed by the solar cell. 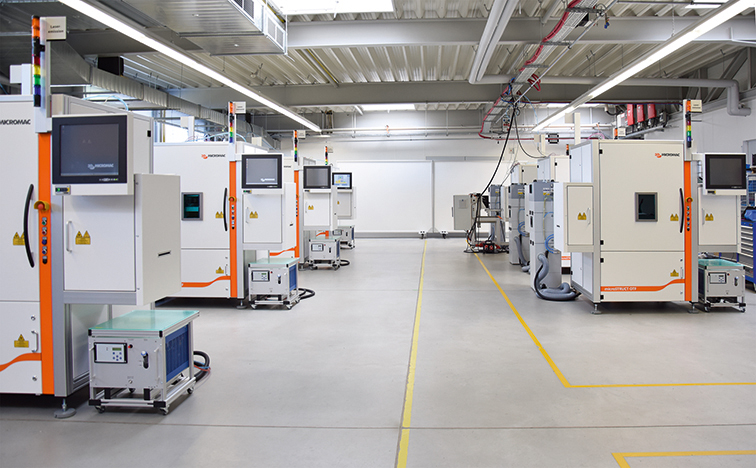 “We are pleased to add REC Group to our growing list of customers for our microCELL production equipment,” stated Tino Petsch, CEO of 3D-Micromac. “PERC solar production is projected to experience tremendous growth over the next several years, and our microCELL OTF laser system continues to gain traction with leading PERC manufacturers as an enabling technology to support their requirements. This order win is a clear example that our strategy of supporting solar cell manufacturers through our extensive process know-how and industry-leading product performance—combined with the recent expansion of our manufacturing capacity in Chemnitz and support infrastructure around the globe—is paying off.”

REC is the largest European brand of solar panels, with more than 15 million high-quality panels produced at the end of 2014. With integrated manufacturing from polysilicon to wafers, cells, panels and turnkey solar solutions, REC strives to help meet the world’s growing energy needs. In partnership with a sales channel of distributors, installers, and EPCs, REC panels are installed globally. Founded in 1996, REC is a Bluestar Elkem company with headquarters in Norway and operational headquarters in Singapore. REC’s 1,800 employees worldwide generated revenues of USD 680 million in 2014.