The microCELL MCS systems were purchased by Bottero S.p.A., a global leader in glass processing technologies serving as the engineering, procurement and construction (EPC) contractor for the expansion project, and will be used in Enel’s 3Sun Gigafactory for cutting high-efficiency heterojunction solar cells. One of the key reasons cited by Bottero in selecting 3D-Micromac for this procurement was its patented thermal laser separation (TLS™) process, which is utilized by the microCELL MCS to provide ablation-free cell cutting – minimizing power losses and providing superior edge quality for heat-sensitive heterojunction cells over traditional laser scribe and break processes.

According to Ruben Cerrato, Project Manager 3GW Factory for Bottero S.p.A., “Bottero S.p.A. is proud to be appointed the engineering, procurement and construction contractor of the 3-GW Gigafactory Project by Enel Green Power for its Catania facility. Bottero S.p.A. is also delighted to have selected 3D-Micromac’s innovative cell cutting equipment for this project.”

“3D-Micromac is pleased to have been selected by Bottero as the laser cutting solution provider for one of the largest single GW-scale solar projects in Europe,” stated Uwe Wagner, CEO of
3D-Micromac. “Since successfully introducing our TLS systems in the solar market in 2016, we have installed more than 16 GW worth of equipment worldwide. 3D-Micromac’s microCELL systems are proven in heterojunction solar module and cell manufacturing, and all of our experience from these past installations will be fully utilized to support this major expansion project. As the Enel TANGO project shows, the future of the PV industry in Europe is very bright, and 3D-Micromac looks forward to being a strong partner in supporting the growth of the PV market in Europe, as well as around the globe.”

The microCELL MCS laser cutting system has a throughput of more than 6,000 wafers per hour (full-cells) and is capable of cutting mono-crystalline as well as polycrystalline silicon square and pseudo-square wafers ranging in sizes from M2 to M12/G12 into half-cells or shingled cells without compromising throughput or yield. It takes advantage of 3D-Micromac’s innovative TLS process for cell separation. The ablation-free technique guarantees an excellent edge quality. As a result, separated cells have up to 30 percent higher mechanical strength compared to ablative laser processes and enable a lower power degradation over the solar module’s life cycle. By significantly reducing edge recombination losses and setting the stage for cutting edge passivation, TLS has been shown to achieve a module power gain of at least 2W. 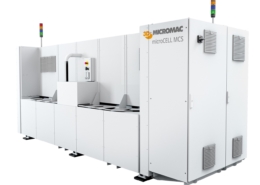 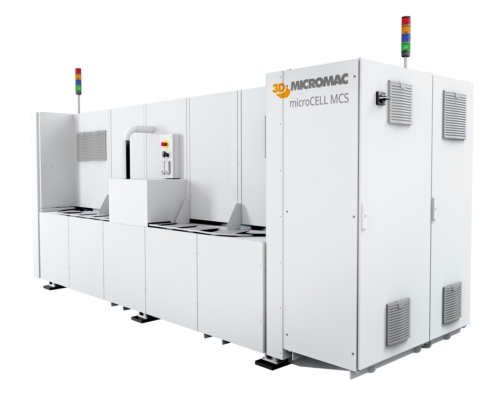 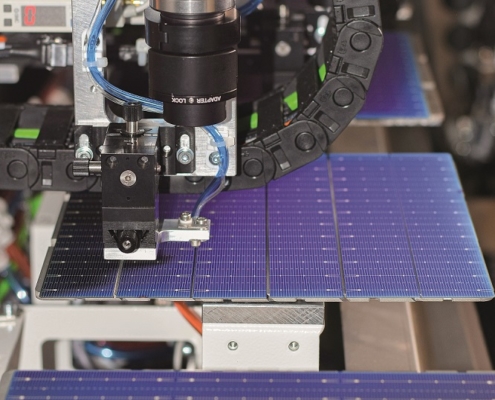 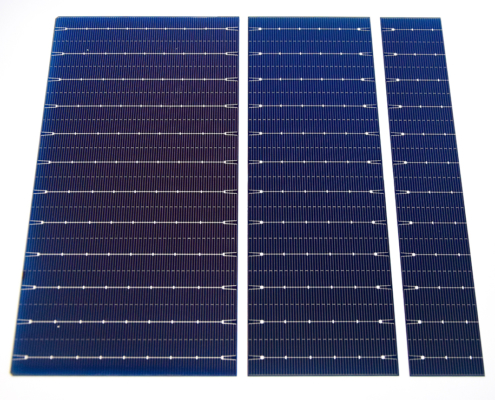 Founded in 2002, 3D-Micromac AG is the industry leader in laser micromachining, delivering powerful, user-friendly and leading-edge processes with superior production efficiency. We develop processes, machines and turnkey solutions at the highest technical and technological level. 3D-Micromac systems and services have been successfully implemented in various high-tech industries worldwide including photovoltaic, semiconductor, glass and display industries, micro diagnostics, and medical technology.

For more information, visit the company’s website at http://www.3d-micromac.com.