You are here: Home1 / Frontpage News 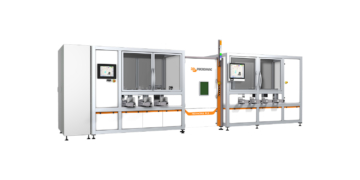 The winners of the 10th TOP 10 Highlight competition have been announced at SNEC 2016 in Shanghai on May 26, 2016. 3D-Micromac AG, the industry leader in laser micromachining, received the Megawatt Award for its production system microCELL™ TLS. The microCELL™ TLS uses Thermal-Laser-Separation for cutting of solar wafer into half cells. By using half cell technology the average module power yield can be increased significantly.